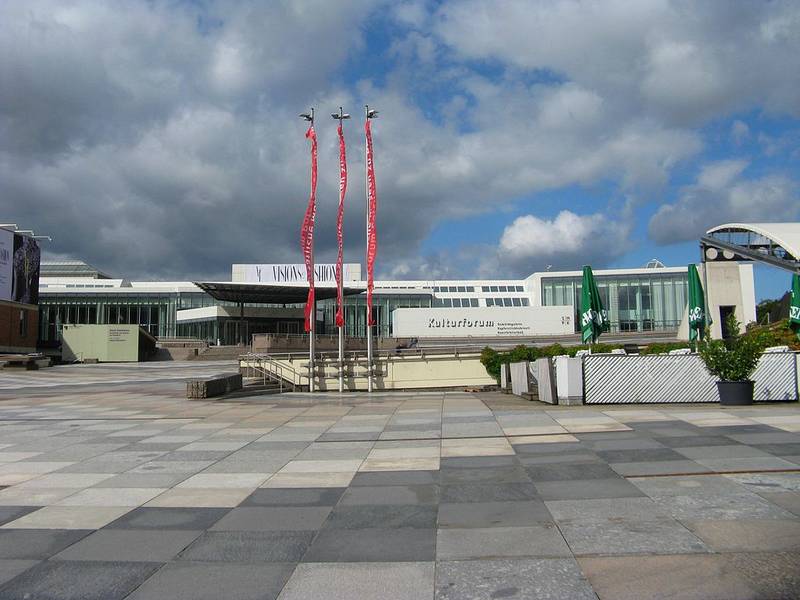 The buildings around the Kulturforum (Cultural Forum) house collections representing the whole range of European art and culture. The eighteen skylit halls of the Gemäldegalerie (Old Masters Gallery) contain paintings from Italy and Germany, the Netherlands and Spain, France and England from the late Middle Ages to the end of the 18th Century. Nearby, prints and drawings by the Old Masters are housed together with contemporary works on paper in the Kupferstichkabinett (Museum of Prints and Drawings) and shown there in special exhibitions. The remainder of the large complex in the Cultural Forum is dedicated to applied art – the Kunstbibliothek (Art Library) holds works ranging from 18th Century caricatures and fashion brochures to architectural drawings and illustrated books from the 19th Century to posters and photographs, while the collection of the Kunstgewerbemuseum (Museum of Decorative Arts) ranges from mediaeval reliquaries to Classical furniture, fashion and modern design. Next door, the Musical Instrument Museum offers an introduction to European music history; and a few steps further, you can take a trip through German film and television history in the Filmhaus on Potsdamer Platz. The Museum of Film and Television, located inside the Filmhaus, displays scripts and screenplays, posters, cameras, costumes and, of course, films too 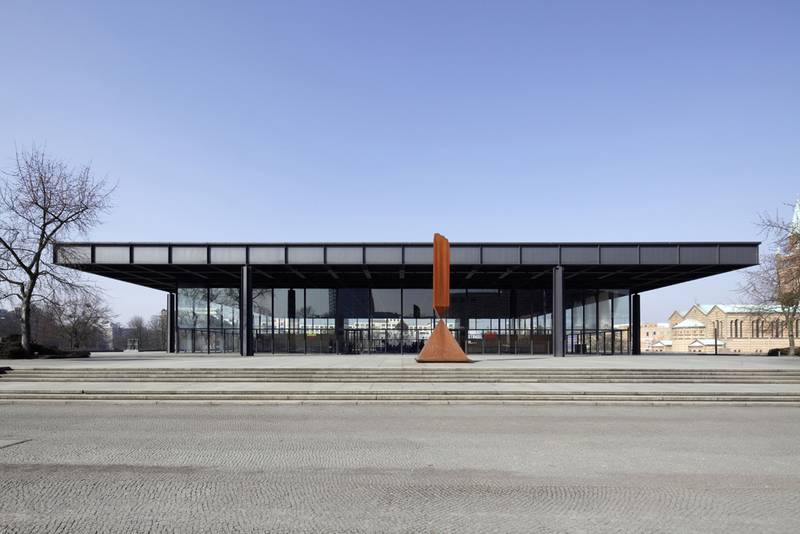 The building for the Neue Nationalgalerie (New National Gallery) designed by Mies van der Rohe as a temple of glass and steel is closed for renovations till 2019. A part of the collection will be shown in Hamburger Bahnhof - Museum for Contemporary Art.   Hans Scharoun’s Staatsbibliothek (State Library) over the road and Philharmonie, with its gold reflective surfaces, are two more icons of modern architecture. The Museum of Film and Television is housed in Helmut Jahn’s Sony-Center, while the Daimler Contemporary Berlin, the Daimler Group’s collection of modern and contemporary work focusing on constructive and conceptual art, has found a home in the only building on Potsdamer Platz to survive the war and the building of the Wall.

Don’t Miss
Jan van Eyck’s tiny ‘Madonna in the Church’, Caravaggio’s ‘Amor Victorious’, the two Vermeers and Rembrandt’s ‘The Mennonite Preacher Anslo and his Wife’ in the Gemäldegalerie, the Welfen treasure, the extensive Fashion Gallery and the Lüneburg Council's Silver in the Kunstgewerbemuseum and Marlene Dietrich’s swans-down coat in the Museum of Film and Television.

How to Get There
Take the underground (U-Bahn) or suburban railway (S-Bahn) to Potsdamer Platz and then it’s a five-minute walk. Bus nos. M48, M85 and M29 stop outside the Neue Nationalgalerie.

Where to Get a Coffee
There is a self-service restaurant within the Kulturforum, and in summer drinks and snacks are also served outside in the plaza area in front. You’ll find more cafés and restaurants around Potsdamer Platz.

To See Everything
The Kulturforum area ticket is valid for the Gemäldegalerie, the Kunstgewerbemuseum, the Kupferstichkabinett, the Kunstbibliothek and the musical instruments collection. Special exhibitions normally cost extra.

Events
The Kulturforum is a hub for the Long Night of Museums that takes place in March and August. In July and August there is an open-air cinema on the plaza. Concerts and demonstrations featuring historic instruments are held regularly in the Musical Instrument Museum. The Arsenal cinema features interesting film series to coincide with the exhibitions in the Museum of Film and Television.